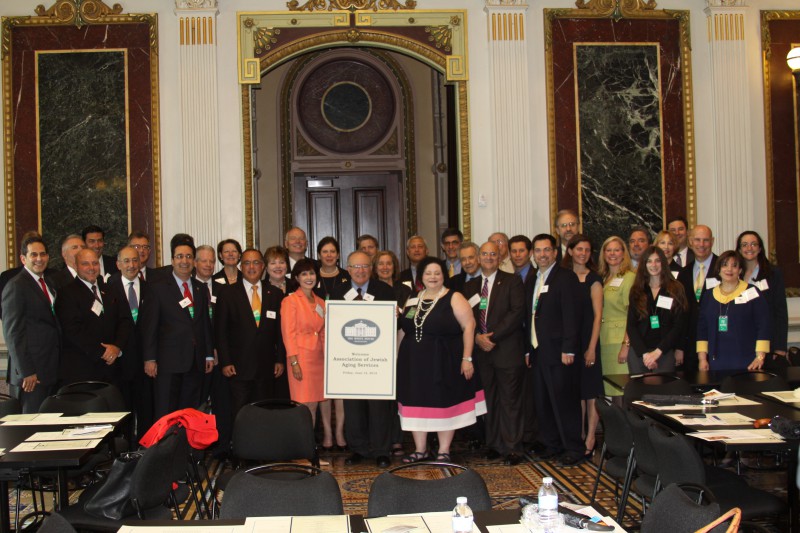 Washington, D.C. June 13th, 2014 – The Association of Jewish Aging Services (AJAS) had a great morning in the White House. The Senior Health Care Meeting was attended by over 40 members, lay leaders and business partners. AJAS members were joined by five members of the Administration, including:

The meeting started off with a very heartfelt message of resiliency and leadership from Village Shalom President & CEO Matt Lewis. The whole room listened intently as he talked about their struggles as well as how they’ve come together. His presence added a deeper value to membership to the whole morning.
Before each panel, a member of the Administration introduced themselves and spoke about their responsibilities while expressing their interest and passion for the topics being discussed.

The Administration was deeply touched by the stories shared that day and seemed extremely impressed by all that AJAS has accomplished and their commitment to the aging community. There were several conversations between the Administration and members of AJAS after the meeting ended and it seems lasting relationships have been formed.