The Rev. Dr. Raphael Gamaliel Warnock has served, since 2005, as the Senior Pastor of the historic Ebenezer Baptist Church, spiritual home of The Rev. Dr. Martin Luther King, Jr. The son of two Pentecostal pastors, Dr. Warnock responded to the call to ministry at a very early age, and became, at age 35, the fifth and the youngest person ever called to the senior pastorate of Ebenezer Church, founded in 1886. Yet, before coming to Ebenezer, “America’s Freedom Church,” Dr. Warnock was blessed to study and serve within the pastoral ranks of leading congregations also known for their deep spiritual roots and strong public witness. He began as an intern at the Sixth Avenue Baptist Church of Birmingham, Alabama, where he was ordained by the Rev. Dr. John T. Porter, who himself had served many years earlier as Martin Luther King, Jr.’s pulpit assistant at Dexter Avenue Baptist Church in Montgomery, Alabama and later under the tutelage of Martin Luther King, Sr. at Ebenezer. From there, he served for six years as the Youth Pastor and four years as Assistant Pastor at the historic Abyssinian Baptist Church of New York City – also one of the nation’s leading congregations. Finally, before taking the helm of Ebenezer, Pastor Warnock immersed himself further in the challenges of urban ministry, in the 21st century, while serving for 4 ½ years as the Senior Pastor of Baltimore’s Douglas Memorial Community Church, also a spiritual base of social activism.

Under Pastor Warnock’s leadership, more than 4,000 new members have joined Ebenezer, enhancing the Church’s legacy of social activism with both spiritual and numerical growth. Several new ministries have been launched, including Worship on Wednesdays (WOW), EbenezerFest, Cutting Through Crisis, Faith & Fitness, Jericho Lounge, Young Adult Ministry and After Midnight (A Watch Night Worship Celebration). The Church’s income has continued to grow, even during the Great Recession, making possible over $5 million in capital improvements to the Educational Building and the Horizon Sanctuary, including HVAC systems, upgrades to the roof and enhancements in sound and lighting systems. Additionally, our pastor led us in a successful fundraising campaign to build the $8.5 million Martin Luther King, Sr. Community Resources Complex. The brand new building houses the Church’s administrative offices, the fellowship hall, classrooms, meeting rooms, a Cyber Café and an MLK Collaborative of four nonprofit partners, including Operation HOPE, Casey Family Programs, The Center for Working Families and nsoro Educational Foundation, all engaged together in helping individuals and families to improve their own life outcomes and live healthier and more prosperous lives.

As a pastor, Rev. Warnock sees the whole community as his parish. Accordingly, he has defended voting rights in his own state of Georgia. And when, in 2006, the State of Louisiana failed to protect the voting rights of recent Katrina evacuees, he led a “Freedom Caravan” of citizens back to New Orleans to vote. Dr. Warnock has addressed his ministry to urban men through a barbershop ministry called “Cutting Thru Crisis” and through a series of Bible Studies held in a local car wash. Newsweek magazine covered this example of his unconventional approach to ministry in an article entitled, “For Those Who’ve Fallen, Salvation Amid the Suds.” Dr. Warnock has taken on the contradictions in our criminal justice system through his preaching and through his fierce public advocacy. Along with many others, he stood up for Troy Davis, Trayvon Martin and Genarlow Wilson, a high school student ensnared by a poorly written law and sentenced to 10 years in prison. Wilson was released on appeal and has since graduated from Morehouse College. His bold and visionary leadership has been further demonstrated through his public policy work with The National Black Leadership Commission on AIDS and his ongoing efforts to provide tuition support for young people pursuing post-secondary education. Dr. Warnock is a graduate of the Leadership Program sponsored by the Greater Baltimore Committee, a graduate of the Summer Leadership Institute of Harvard University and a graduate of Leadership Atlanta.

The Rev. Dr. Warnock graduated from Morehouse College cum laude in 1991, receiving the B.A. degree in psychology. He also holds a Master of Divinity (M.Div.) degree from Union Theological Seminary, New York City, from which he graduated with honors and distinctions. Seeing his pastoral work as tied to the ministry of scholarship and the life of the mind, Rev. Warnock continued his graduate studies at Union, receiving a Master of Philosophy (M.Phil.) degree and a Doctor of Philosophy (Ph.D.) degree in the field of systematic theology. He is a member of Alpha Phi Alpha Fraternity, Inc., the 100 Black Men of Atlanta, Inc. and a Lifetime Member of the NAACP.

Rev. Warnock’s activism was honored in 2016, as his footprints were placed on the International Civil Rights Walk of Fame. Among other honors, Rev. Warnock has been recognized as one of “Atlanta’s 55 Most Powerful” by Atlanta magazine, one of the “New Kingdom Voices” by Gospel Today magazine, one of “God’s Trombones” by the Rainbow Push Coalition, a “Good Shepherd” by Associated Black Charities, one of the “Chosen Pastors” by The Gospel Choice Awards, “A Man of Influence” by the Atlanta Business League, one of The Root 100 in 2010, 2011, 2012 and 2013 (TheRoot.com a division of the Washington Post), one of the “Top 10 Most Influential Black Ministers” by Loop 21, one of the “20 Top African American Church Leaders” by TheRoot.com and he has received the Reverend Dr. William A. Jones Justice Award from the National Action Network. He is a National TRIO Achiever Award recipient and has been honored by induction into the Martin Luther King, Jr. Board of Preachers. As an opinion leader, his perspective has been sought out by electronic and print media, locally, nationally and internationally. His work has been featured on CNN, the CBS Evening News, the Huffington Post and in the Atlanta Journal and Constitution which hailed him “a leader among Atlanta – and national – clergy, a fitting heir to the mantle once worn by The Reverend Dr. Martin Luther King, Jr.” At President Barack and First Lady Michelle Obama’s request, Dr. Warnock delivered the closing prayer at the 2013 Inaugural Prayer Service held at the National Cathedral and delivered the sermon for the Annual White House Prayer breakfast in March 2016.

Rev. Warnock has preached his message of salvation and liberation in such places as The Riverside Church of New York and the International Festival of Homiletics. But he is just as comfortable in a small, country church or an urban storefront. His first book is entitled, The Divided Mind of the Black Church; Theology, Piety & Public Witness (NYU Press, 2014).

Rev. Warnock is married to Mrs. Oulèye Ndoye Warnock and the couple has one daughter. 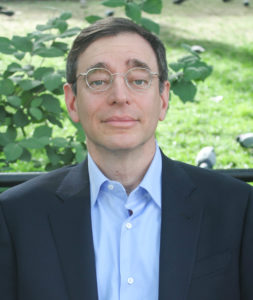 Seth is the author of the New York Times bestseller Let There Be Water: Israel’s Solution for a Water-Starved Work. More than twelve foreign language editions of Let There Be Water — including Czech, Japanese, Hebrew, Mandarin and Vietnamese – are in print or production. Seth’s essays on water and other issues have appeared in The New York Times, The Wall Street Journal, the Los Angeles Times, and in leading publications in Europe and Asia.

Seth is the Daniel M. Soref Senior Water Policy Fellow at the School of Freshwater Sciences, University of Wisconsin-Milwaukee. He is a Senior Advisor to Start-Up Nation Central, an Israeli non-profit that connects government, NGO and business leaders to the relevant people, companies and technologies in Israel. Seth is also a member of the Council on Foreign Relations.

Seth has spoken on water issues around the world and at venues in more than 50 US cities, including the United Nations, World Bank, Davos, Google’s headquarters, and at more than a dozen major college campuses, including Harvard, MIT, Princeton, Yale and Stanford. He has briefed members and committees in both the Senate and Congress, and keynoted at major water, and agriculture conferences, including the Global Water Summit, One Water Summit and The Alltech Ideas Conference.

Seth began his career as an assistant district attorney in New York City, before working as a litigation associate and criminal defense attorney at Frankfurt Garbus Klein and Selz. In 1990, Seth co-founded The Beanstalk Group, a trademark licensing and brand extension agency. The company grew to be the world’s largest of its kind and was sold to Ford Motor Company in May 2001. In November 2005, Ford Motor Company sold Beanstalk to Omnicom and Seth stepped down as co-CEO, assuming the position of Vice Chairman.

While at Beanstalk and a predecessor company, Hamilton Projects, Seth advised many Fortune 500 companies in the proper secondary use of their trademarks, trade dress and copyrights, including AT&T, IBM, Apple, Harley-Davidson, Unilever, Ford Motor Company, Chrysler, McDonald’s, Wendy’s, Subway, Hershey Foods and Campbell Soup. He also served as an adviser to and licensing agent for cartoon producer Hanna-Barbera Productions for its many characters including The Flintstones, The Jetsons, Yogi Bear and Scooby-Doo.

Seth has co-founded several other companies and ventures, including Sixpoint Partners, a boutique financial services firm, and the Harley-Davidson Café restaurants. He was also a Producer of the Broadway revival of Man of La Mancha for which he received Tony and Drama Desk nominations, and an Associate Producer of the Emmy Award-winning ABC mini-series “Dinotopia”.

In addition to his for-profit work, Seth was the creator and primary funder of the “Building Community Through Literature” reading program at P.S. 165 in Queens, New York that ran for nine years. He has served on several charitable Boards, including Heschel School, where he has served continuously since 1989 and was made an honorary trustee in 2010.  Seth was the Board Chair of the Cornell University Hillel and also sits on the Boards of AIPAC, a pro-Israel organization, and of NLI-USA, the organization charged with the rebuilding of the National Library of Israel. He has also long served on the Advisory Board of Cornell’s ILR School.

Seth is the recipient of several awards, including the Cornell University ILR School’s Jerome Alpern Award, which is presented to an outstanding alumnus and the Tanner Prize, awarded by Cornell Hillel. He is also the recipient of Alpha Epsilon Pi’s Arthur and Simi Teich Award for Distinguished Alumni Achievement. Let There Be Water has won many awards and recommendations, including an Axiom Business Book Award and the Daily Beast’s list of “Best Big Idea Books” in 2015.

Seth is a graduate of Cornell University and the Cornell Law School, and studied at the Hebrew University of Jerusalem. He collects quotations and published a selection of his collection under the title Other People’s Words in 2005. Seth is married, has three children and lives in New York City.

All of the profits from sales of Let There Be Water are being donated to charity.

For more information on Seth, visit www.SethMSiegel.com. Connect with Seth on Twitter @SethMSiegel.